Although admittedly this blog has focused on our extraordinary adventures, and while admittedly some of them have been quite amazing, (and admittedly much more interesting to read about), these aforementioned adventures in reality occupy a minuscule fraction of our time here. Our minutes, hours, days, weeks, months, and yes, almost a year, are, in actuality, spent working. To be imprecise, (much to my chagrin, I don’t have a spreadsheet with exact amounts like my engineer son and brother would have), I’ve spend about 2200 hours working, 5500 hours on call, and 672 hours having amazing adventures. Do the math: minuscule proportion.

So I thought it only fair to give a shout out to something other than vacation, as I really don’t want to completely misrepresent my life. I could write about work, (see below the snapshots of my office, complete with my homemade stand up desk, our well-organized pharmacy and well-stocked lab, and one of our Marine Security Guards horsing around with EK, our Cameroonian RN), but that might decrease my readership substantially, due to the boring aspect of the daily grind. (The work days are spent mainly filling out governmental forms and squeezing in a patient visit every now and then. Every once in a while something vaguely exciting happens, like when the Regional Security Office is conducting victim extraction from an armored vehicle training and shards of glass go everywhere. PPE, people, PPE.)

I could also describe our cushy “East Africa-light” lifestyle, with a generator insuring that our refrigerated goods stay refrigerated, our massive amounts of “consumable goods” shipped from the homeland stay cool and fresh, and we sleep in mosquito-free AC. But that’s not all that exciting either.

But what might give you a little insight into my everyday life is to throw a little spotlight on what’s happening here in Burundi. Nothing that I write can’t be found in any media outlet: the NYTimes, the BBC, Reuters. But reading it here might make it a little personal, a little succinct, a little simplified, and a little closer to home.

Right now in Burundi, there are two major issues going on. The first is ongoing; the second is new. Both represent an unknown future. Facts remain hard to find and rumors run rampant. Through informal discussions with everyone I know here, people are all over the map as to their predictions of the not-so-distant future. On one side of the spectrum are the bright-eyed, optimistic souls floating along in the River of Denial. (I myself am happily ensconced in this boat.) On the far opposite end are the risk-averse, nay-sayers that are packing suitcases and preparing to leave at a moment’s notice, thinking that could be any moment’s notice. (I’ll leave you to guess who’s the president of that club.) And the rest of the people, locals and ex-pats alike, are somewhere in the middle of these extremes.

The first, ongoing issue is the political situation. In a super simplified, non-politically sophisticated version of current events, here’s my take on what’s happening: After emerging from twelve tumultuous years of civil war in 2005, Burundi is set to hold its second set of democratic elections in the coming months. I wouldn’t begin to pretend that I could outline all the parties, oppositions, alliances, and intricacies of the political landscape, (it takes an entire spreadsheet just to name the parties) but here’s what is clear: according to the Arusha Peace and Reconciliation Agreement for Burundi, a president is limited to two five-year terms. The current president, Pierre Nkurunziza,

has been in office since 2005. Now I’m not good in math, but that feels like two five-year terms could be up. Of course, there are some loopholes and extenuating circumstances, but the potential exists that his party (the CNDD-FDD) will nominate him to run again. 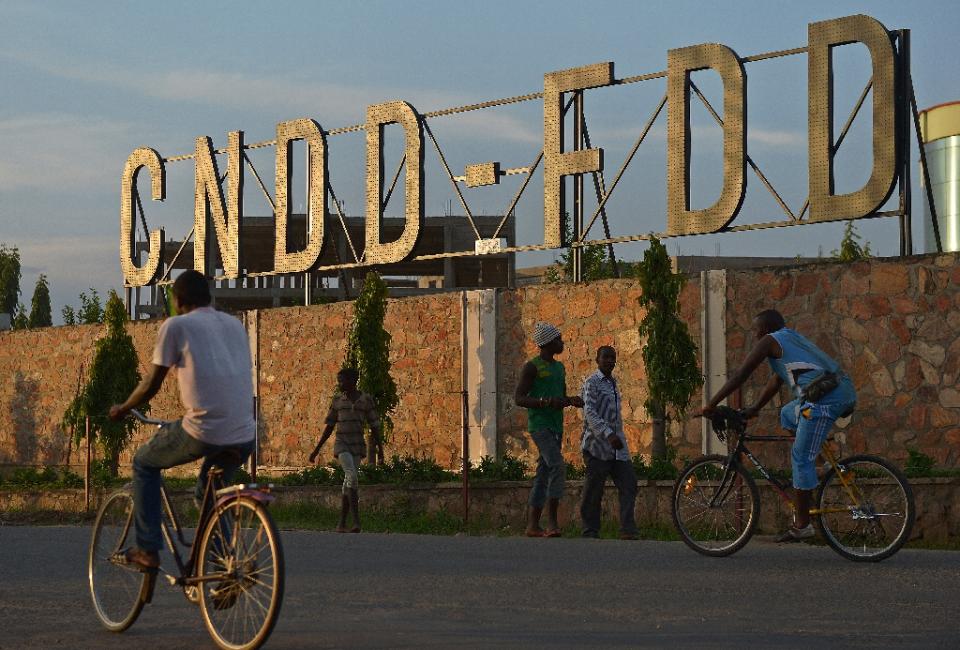 Again, I’m not savvy in all things political, but that feels like a problem waiting to erupt. And in a country with limited infrastructure, political instability, and prone to violence, you can see why those risk-averse people are camping out at their end of the spectrum, suitcase in hand.

I wouldn’t begin to make a stab at why, because speculations and stories are all over the map, but as mentioned earlier, in a country with limited infrastructure, political instability, and prone to violence, this doesn’t bode well.

Put the two situations together, and you might pitch your tent at the pessimistic end of the spectrum, too.

I write this not to be a sensationalist, nor to alarm any of my friends and family back home, but just to paint a more full picture of our lives here in Burundi. While our adventures have been amazing, our every day lives are a bit more mundane, and sometimes, uncertain.

We are watching this space closely, and live everyday, prepared and ready. We will, of course, respond to each new development as it comes, and cross each bridge as it presents itself.

In the meantime, I remain optimistic, maintaining hope, a belief that all will continue to be well, and a basic trust that our Creator will protect and provide. Ah, you have to love my ever eternal optimism!

One thought on “What’s Happening”

This site uses Akismet to reduce spam. Learn how your comment data is processed.